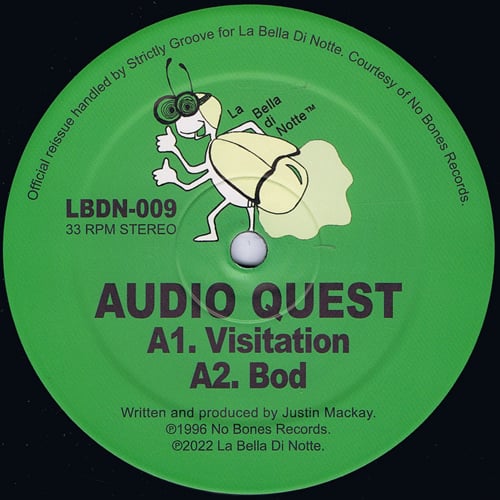 Tracklist:
A1. Visitation
A2. Bod
B1. Luminous Egg
B2. The Mental Screen

Dominic Glynn together with Justin Mackay are both very respected producers out of the early underground Techno and Progressive London scene, concealed behind various alias as single artists and as a duo, releasing music for some of the most seminal labels such as Infonet and Rising High and working part-time providing BBC television's Doctor Who series with incidental music. In 1996 they started their own label No Bones, a platform based on creative freedom and quality outputs that attracted rising artists, and some bigger names as well, from the cream of global underground electronica, covering a large range of styles including breakbeat, drum & bass and future funk.